Tactics For Removing Fleas and Other Pests

Three Diseases Ticks Can Causes And Symptoms Of Each

Many types of insects, such as ants and flies are oftentimes only a mere nuisance. While it's true that ticks can be annoying as well, they are considered a more dangerous insect because of the diseases they are known to carry. Some of these tick-borne diseases cause very serious symptoms and others can be fatal. Here are three diseases ticks can cause and symptoms of each.

One of the most well-known tick-borne illnesses is Lyme disease. It gets carried by deer ticks and western black-legged ticks and is usually indicated by a rash that looks similar to a bulls-eye. According to the CDC, about 30,000 cases of Lyme disease get reported by state health departments. This number is most likely higher, though, considering not every diagnosed case of the disease gets reported.

Lyme disease affects the skin, the heart, and the nervous system. It can also cause inflammation in the joints. Common symptoms of Lyme disease include:

Lyme disease is usually treated with antibiotics. If it is not treated right away, it can cause neurological problems and impaired muscle movement.

Also known as Spotted Fever Rickettsiosis (SFR), this tick-borne illness is not nearly as common as Lyme disease. According to the CDC, there were 4,470 cases reported in 2012. While this is not a high number, it should be noted that the number of reported cases has increased dramatically through the years. In 1993, there were only 424 cases reported.

Three ticks are primarily responsible for RMSF, including the Rocky Mountain wood tick, the American dog tick, and the brown dog tick. Common symptoms for RMSF include:

RMSF is treated with antibiotics, and if not treated right away, it can cause damage to blood vessels, hearing loss, and paralysis.

According to the CDC, the most recent data show that there were only 740 cases of Ehrlichiosis reported in 2010. The most common carrier for this tick-borne disease is the lone star tick. Common symptoms include:

Antibiotics are used to treat Ehrlichiosis, and if not treated right away, it can cause seizures, heart and kidney failure, and septic shock.

Just because you find a tick on you does not mean you will get a tick-borne disease. However, if you want to do everything you can to protect you and your family from tick-borne illnesses, contact pest control services to see how they can help. 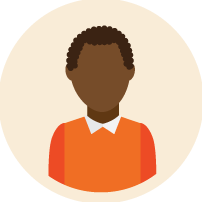 Hi, I'm Josh Rubins. I am passionate about removing harmful pests from my home. In my region, we have everything from spiders to scorpions to house centipedes and beetles entering homes throughout the year. The pest that really riles me up, however, is the dastardly flea. These tiny creatures wreak havoc in homes with pets. Once you remove fleas from one pet, they all seem to jump to the next one. After eradicating them from the home, it only takes a short walk through the tall grass to bring them back in. I would like to share information about killing and removing fleas and other pests. I will talk about natural and professional elimination tactics. Please visit often.